Footballers of the “Saša Ćurčić” Academy and the Chelsea FC U17 team before the match | Foto: Dušan Mihajlović, Sportifico

On the field of the Leatherhead football club, two matches were played between the footballers of the “Saša Ćurčić” Academy and the Chelsea FC U17 team, with an equal result in victories. 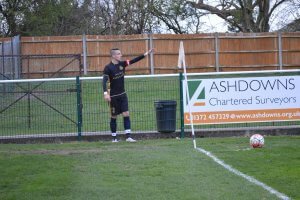 The first match resulted in a 1:0 victory for the Academy’s team. For the first 30 minutes the initiative was completely on their side. They controlled possession of the ball, moved excellently on the opponent’s half of the pitch and forced the Chelsea players to retreat and play defensively. The initiative paid off when Sergio Rivas, a player of the Eden Prairie Soccer Club from Minnesota, managed to shake the net of the rival team and snatch the lead for the Academy’s team. He was assisted in scoring this decisive goal by Nikola Milenović, a player of the Brodarac club. Nikola is actually also a member of the Sportifico network and for this duel he wore the captain’s armband.

The second match saw the Chelsea team take revenge against the Academy’s team, beating them 2:0. For this game the Academy took to the field with a changed, younger composition, while there were no changes in the ranks of the rivals. This, however, didn’t prove to be a hindrance for Chelsea’s footballers, who from minute to minute appeared fresher and more harmonious. The young, promising team of the Academy did not capitulate easily. They tried to break the resistance of their rivals and turn the match around in their favor, but ultimately didn’t succeed.