Since 2014 China reform, a lot of things changed in the sports industry. Football is president’s favorite sports, so the focus is on its development. But still, basketball is the most popular among children.

A key moment was when Yao Ming, their legend, started playing in the NBA and now he is head of Chinese Basketball Association and continues to invest in this sport.

For the first five years, the goal was to build an infrastructure, and they did a great job with it. In the meantime, they tried to handle the coaching stuff problem. When it comes to both football and basketball, Chinese people trust in Serbian coaches. 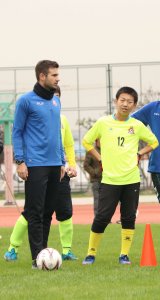 There are no official statistics, but thousands of coaches are already there, working in academies all over China.

Sportifico wrote about Dušan Rašović and Ivan Kurtušić, but there are a lot more coaches from our social network who are following their dreams in the world’s most populous country.

‘School is the #1 priority in China as they’re trying to establish a system mirroring the United States. Their goal is to provide kids with the opportunity to engage in sports while educating, but until recently they haven’t been dedicating much attention to football. This is now changing, and there’s no doubt Chinese players and clubs will keep getting better and better’, Rašović explained to us.

Kurtušić, head coach of Arsenal academy in China, think that they need to change sports culture in order to become one of the best in the world.

“I took the whole team to Serbia, to show them our passion for sports. It’s strange to them to see kids outside, just playing football and basketball, and act like they are on the World Cup. I took them to Crvena zvezda and Partizan game, to feel the atmosphere, too“, Kurtušić told us.

Our Bora Milutinović is like a legend in China football, and now Duško Tošić signed for Guangzhou R&F F.C and they expect from him to be a star of the team. When it comes to basketball Miroslav Raduljica is one of the most popular basketball players in CBA, playing for Jiangsu Dragons. Besides him, there is also Aleksandar Kesar, our coach who currently serves as a head coach for the Shandong Golden Stars.

They represent Serbia in China’s professional leagues, but there are a lot more young coaches who represent us in their academies.

Mladen Gajić decided to move from Belgrade to Guangzhou and took the position of a head coach at Yi Basketball Academy. 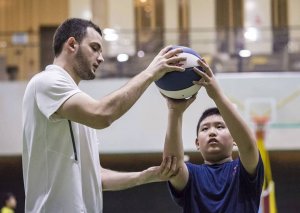 “It was a little bit hard for me to adapt to this system. I have nine assistants and a lot of time to plan training sessions. I didn’t use to it, but it’s good. Kids here are not that passion like in Serbia, but they are very disciplined and I like that very much. Everything is very professional when it comes to school competitions, and that was a surprise to me. Kids feel like they are NBA stars, there is a lot of media attention, and I was amazed by it“.

Gajić has a few colleges from Serbia who also work in China. Some of them are on west and others are on the south, but the problems are the same.

‘There are no youth leagues, and kids can’t learn how to compete until they are ready for professional sport. There are great academies, but no competitions to prove themselves. I hope that’s going to change soon’, Gajić cocluded.

China is definitely moving forward, but there is still the long way to go. Impact of Serbian coaches is great, and they will deffinitely be a part of their succes.