In his youth he’s played with the greats of Yugoslav football and represented one of the biggest clubs around – Red Star Belgrade. An injury prevented him from winning the FIFA World Youth Championship, but then his career went through an overhaul. He replaced his boots with a whistle and found happiness in coaching.

Goran Nikić, a coach with UEFA A licence, spoke for Sportifico about his player career, coaching and his experiences from the United States.

He first started playing football at 11 and his football story begins there.

“I had trained with Železnik at the very start and this is where I come from, but I didn’t stick around for too long. During those 6 months, Red Star scouts had tracked me and convinced me rather quickly to join them. I was scared because I was so young, going to such a big club. For me, this was a fantasy, a dream come true because I have always supported Red Star.” 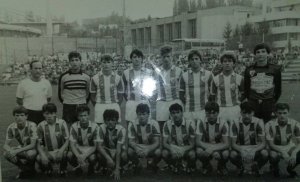 Goran played for Red Star Belgrade until he was 19 | Photo credit: private archive

“It was difficult to fit in at first, we all had different interests but then teammates became my friends for life. There were players from all parts of former Yugoslavia, every day we had 5-6 players on trial, but the backbone of my generation didn’t change. In this first season I was still finding my feet, but after that I became a regular in the starting line-up.”

Starting for Red Star lead to more success and privileges.

“Initially I won a place in a Belgrade XI, but soon afterwards in Yugoslavia national team under the famous Stevan Vilotić. The gathering in Lepenski Vir was my stepping stone. I rocketed my way up, was the best among 60 boys from all the former republics and since that moment there was never any doubt for the manager.”

He appeared as a regular for all selections up to and including U21s.

“I made 11 appearances for U21s, and besides that I played in 15 friendlies. I took part in the European Championship in 1985. where I was named the team’s best player.”

It was quite an honor for Goran to be named best player of the tournament with such immense competition around me. 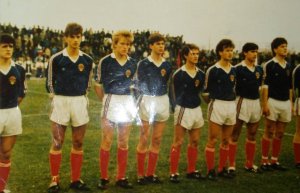 “This team was amazing. Besides me I had players like Robert Prosinečki, Zvonimir Boban, Robert Jarni who was my roommate, Davor Šuker, Ljubinko Drulović… This generation won the FIFA Youth World Cup in Chile! Unfortunately, I didn’t travel with them. I had had a mishap – a torn muscle, and this marked the point where my career as a footballer went downhill.”

Once he had recovered and moved on From Red Star he played for Rad, Čukarički, Sinđelić, Italian C1 League and Malta, starting his coaching career in 2000.

“Having started my career as a player in Železnik, it was only natural to start my coaching career there. I had taken over their U17s and that season we made a huge achievement – we played in the final of the Serbian Cup against Partizan Belgrade which boasted the likes of Lola Smiljanić, Simon Vukčević… With that team I won the Belgrade U17 league competition.

“Goalkeepers, they’re their own bread, as they say, and in Železnik I had the opportunity to work with a boy who was very special indeed, and stood out with his intellect. It was Sportifico founder Miloš Erić. I’m happy to see him do great things for the game off the pitch.”

Nikić tried his luck with senior teams as well. He coached Kolubara, Sopot, Budućnost from Valjevo, Dinamo from Vranje and Jedinstvo from Paraćin, and then he got his chance to return to come back to Red Star as a coach in the youth academy. 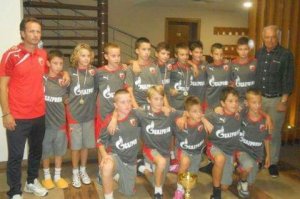 “It’s an incredible feeling, wearing Red Star’s gear again, my heart was beating from all the excitement throughout the entire first training session. As a coach in Red Star’s youth setup, I had the opportunity to work with brilliant kids such as Dejan Joveljić, Luka Jović, Marko Grujić, Vukašin Jovanović… It is a huge responsibility to work with kids at that age, because they’re in their formative years when they’re actually developing as future professionals.”

Nikić spent four years with Red Star and had some brilliant achievements, but then it was time to move on and take the next step in his career.

“I received an invitation to go to the United States, and you don’t just pass on such an opportunity. I became a coach with New England FC and in the space of little more than three years I won many trophies, we were three times state champions, and three players whom I coached played for the US national team.”

Even though nostalgia made him return to Serbia, soon after he set his sails across the ocean again, this time to Valeo. 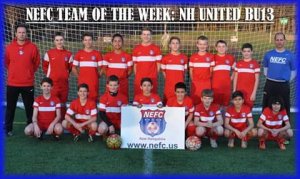 After succeeding with NEFC, it was time to move on to Valeo. | Photo credit: New England FC

“I have an agreement with the wonderful Valeo academy which is renowned as the best in the state of Massachusetts and so far produced over 15 players who have played for the national team. I’m pleased to work in such an environment, we have phenomenal working conditions and everything is done in a professional manner.”

Nostalgia is ever present, but Goran has found a way to deal with it.

“I always carry the spirit of Serbia along, so all of my players know a little bit about my country and the city I come from. I tell them the stories about Red Star so much that they started to request Red Star shirts, scarves and they also want me to have them watch Red Star games.”

Even though Red Star was his dream come true, this 50-year old found his happiness in the United States. Everything he’s learned as a player, he upgraded as a coach and knows how to transfer his knowledge to young players.

For the end of our conversation, he emphasized what features should a coach have.

“Consistency, attitude and authority. When with a number of grown ups, footballers recognize you’re the head coach, that’s when you know you’ve made it!”